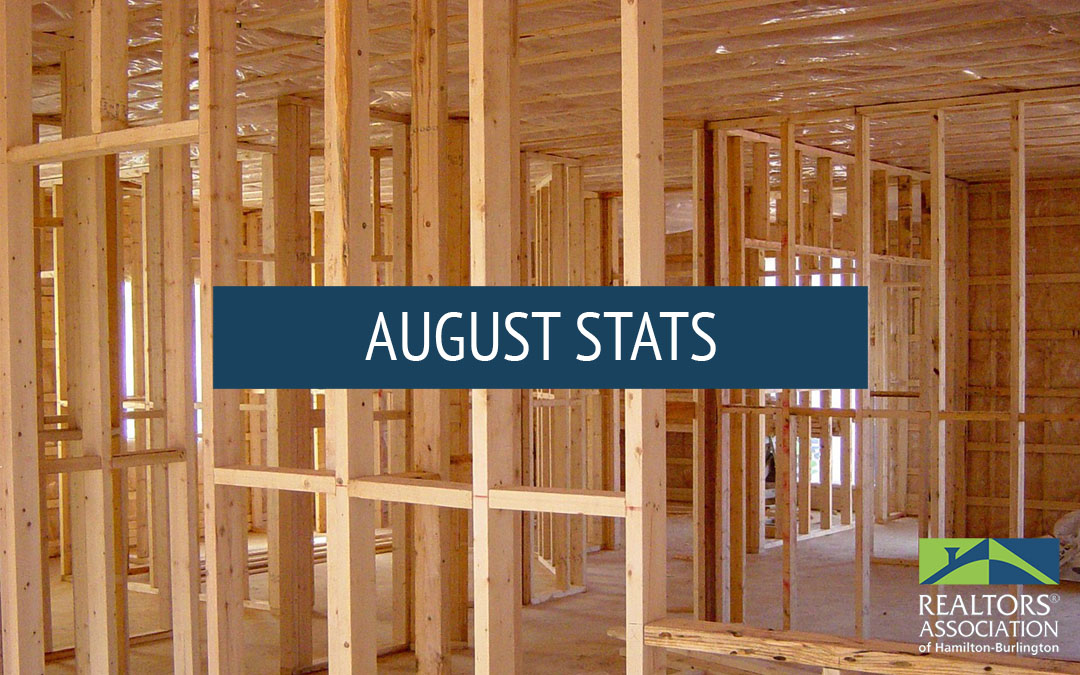 The REALTORS®  Association of Hamilton-Burlington (RAHB) released August statistics. RAHB reported 1,089 residential sales were processed through the RAHB Multiple Listing Service® (MLS®) System in August, 2018, less than one percent more than the same month last year and 2.9 per cent fewer than the 10-year average for the month.

Residential freehold sales were exactly the same as August of last year, while condominium sales were 2.9 per cent higher.

“August was the first month this year that sales were closer to the 10-year average. Monthly sales have been double-digits lower than average, where this month they were less than three per cent lower,” says RAHB CEO George O’Neill. “In fact, if you remove the two record-setting months of August in 2015 and 2016, sales were in line with the 10-year average.”

The average residential sale price for August 2018 was 2.4 per cent lower than August of last year.

“The number of sales in the condominium market were higher this August, with a corresponding increase in the average sale price for condos over last year,” adds O’Neill. “This might indicate some buyers are looking to purchase more inexpensive options.”

When looking at the year-to-date number of sales and average sale price, the peak of the spring market for residential occurred in May. RAHB expects there to be the usual upswing moving into the fall market.

Neighbourhoods vary, so determining the right price when buying or selling a property can be challenging. Local REALTORS® have the experience and tools to help buyers and sellers make those big decisions, so please consult with one.